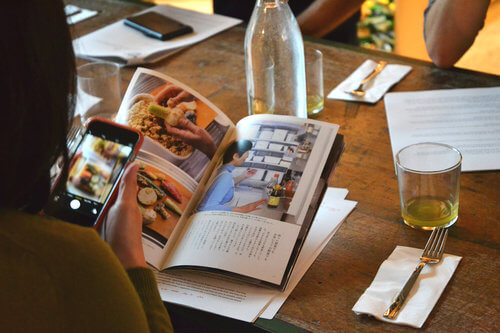 Japanese food is known primarily for its love affair with raw fish, but did you know that sushi was originally a fermented dish? How else would they have kept raw fish safe to eat before refrigeration? Fermentation touches almost every aspect of traditional Japanese foods and that is what Christine would like to show you in this course. Learn the basics of lactofermentation through the lens of Japanese cuisine, with a focus on the mysterious but delicious nukazuke. This is a hands on workshop where you will learn the theory and how-tos of safe fermenting for at home, but will also take home something to mature at home. In addition Christine shares recipes she developed which you will cook and eat together.

This course will be held in English and is limited to 16 participants.

Instructor: Christine Syrad is a fermentation expert, who grew up predominantly in Japan. Her fascination and affinity for fermented foods revolve around the specialties she most missed when she moved to Europe. Her part-British heritage, stints in Italy and now a decade in Switzerland give her all the tools she needs to apply the health and flavour benefits of fermentation to an international cooking canvas.